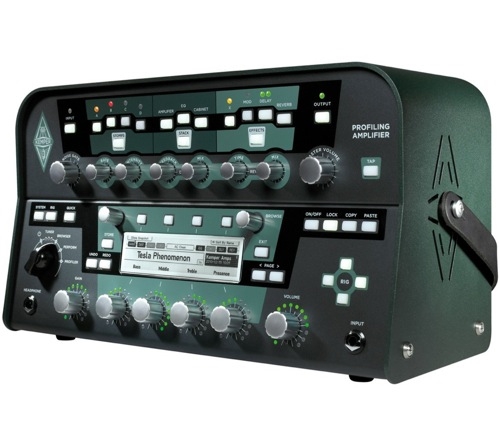 Using the new Kemper Profiling Amplifier, you can create a profile of your very own amplifiers (or whatever you can get your hands on), and store it into memory. It’s a true guitar preamplifier, with real gain and tone knobs, ready to plug into a power amp, sound system, or recording system. The real magic begins when you start shaping your tone with the Profiling Amplifier’s tone controls – Kemper’s high-tech wizardry makes your profiled amp respond amazingly accurately to the Profiling Amplifier’s tone and gain controls. So you can take an amazing amp, capture its essence, and play it back anytime with complete gain and tone control.

Ever been frustrated trying to re-created the tone you captured on a recording when you play out live? You’ll love the Profiling Amplifier, because it can profile your studio sound while you’re recording. Just take a split of the mic you’re recording with and use the split signal to connect to the Profiling Amplifier. You’ll capture the sound of your studio performance, ready to be recalled on any stage in the world at a moment’s notice.