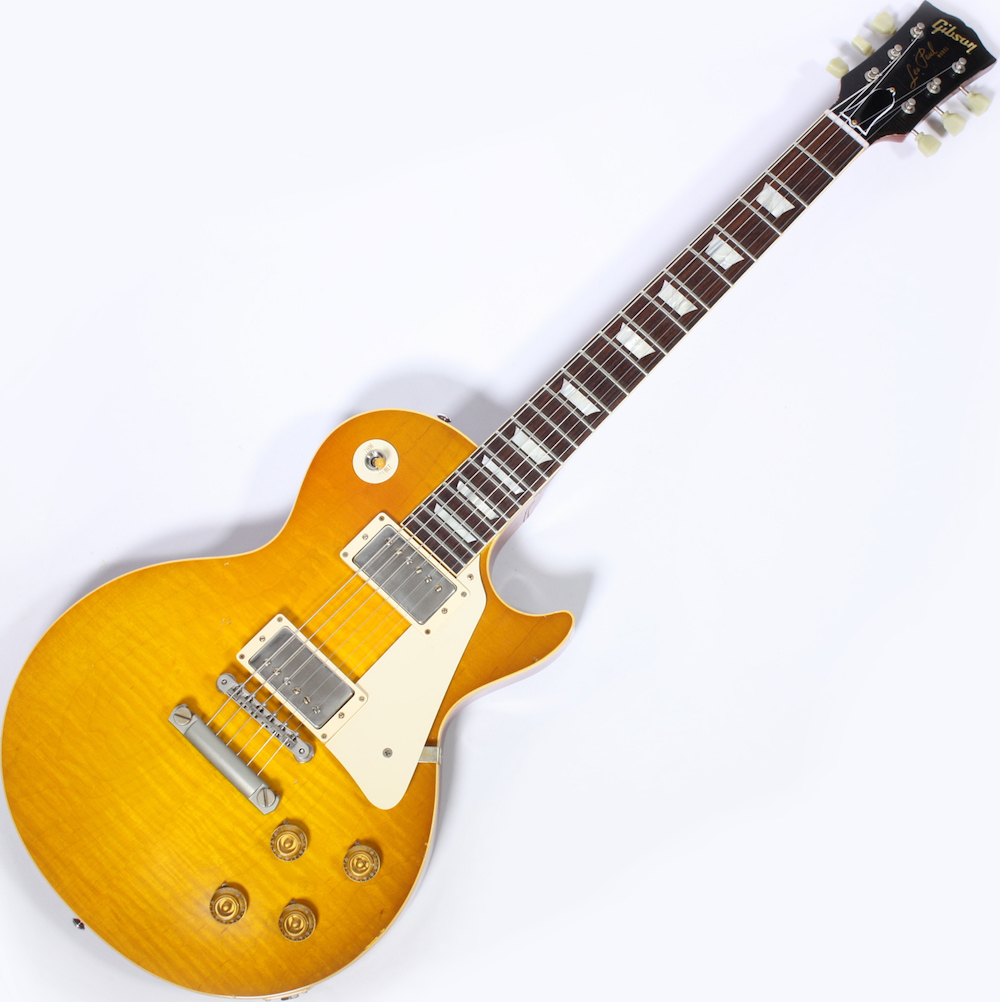 So, back in 2016 we wrote this on our website : “Gibson Custom just announced the release of the Mark Knopfler 1958 Les Paul, a precise replica of Mark’s original ’58, a favored live and recording companion of one of the most revered players and writers of our time. A limited run of 75 Aged guitars will be built. It’s been years (yes, really) we hoped and expected this serie to be available and here it is, finally !!”

So, many of you won’t probably believe this, but among the 75  Aged version of this instrument, Leadmusic already had 7. And here’s the 8th of these Aged (oh, and we had 2 Aged & Signed as well). The main point on this instrument is the top and the neck. It’ has the shape of the neck of the original Les Paul Mark Knopfler bought during the early 90’s. This guitar was his main guitar for years, and the multi awarded album Golden Heart was recorded mainly with that guitar. This Les Paul went then on the Golden Heart tour. Here are the details: Knopfler ‘Burst Nitrocellulose finish, Two piece figured Maple top, One piece Mahogany body, Indian Rosewood fingerboard with the Cellulose Trapezoid inlays on a Knopfler profile shaped Mahogany neck, Custom Bucker bridge and neck pickups, ABR-1 bridge and a lightweight Aluminum stop tailpiece, Gotoh/Gibson Deluxe tuning keys.

This barely played instrument really looks like when it was sold new back in 2016 and shows no dents or playwear anywhere. Frets are like new. It’s also one of the monst figured top we had and the lightest we had, only 3.63 kilos (well, depending how we hang our gutiar, the scale shows between 3.61 and 3.67 kilos) An amazing find, in superb condition, and surely one of the nicest and lightest Knopfler Aged one can find. This rare bird comes with its original hardshell case, Hangtags and COA.