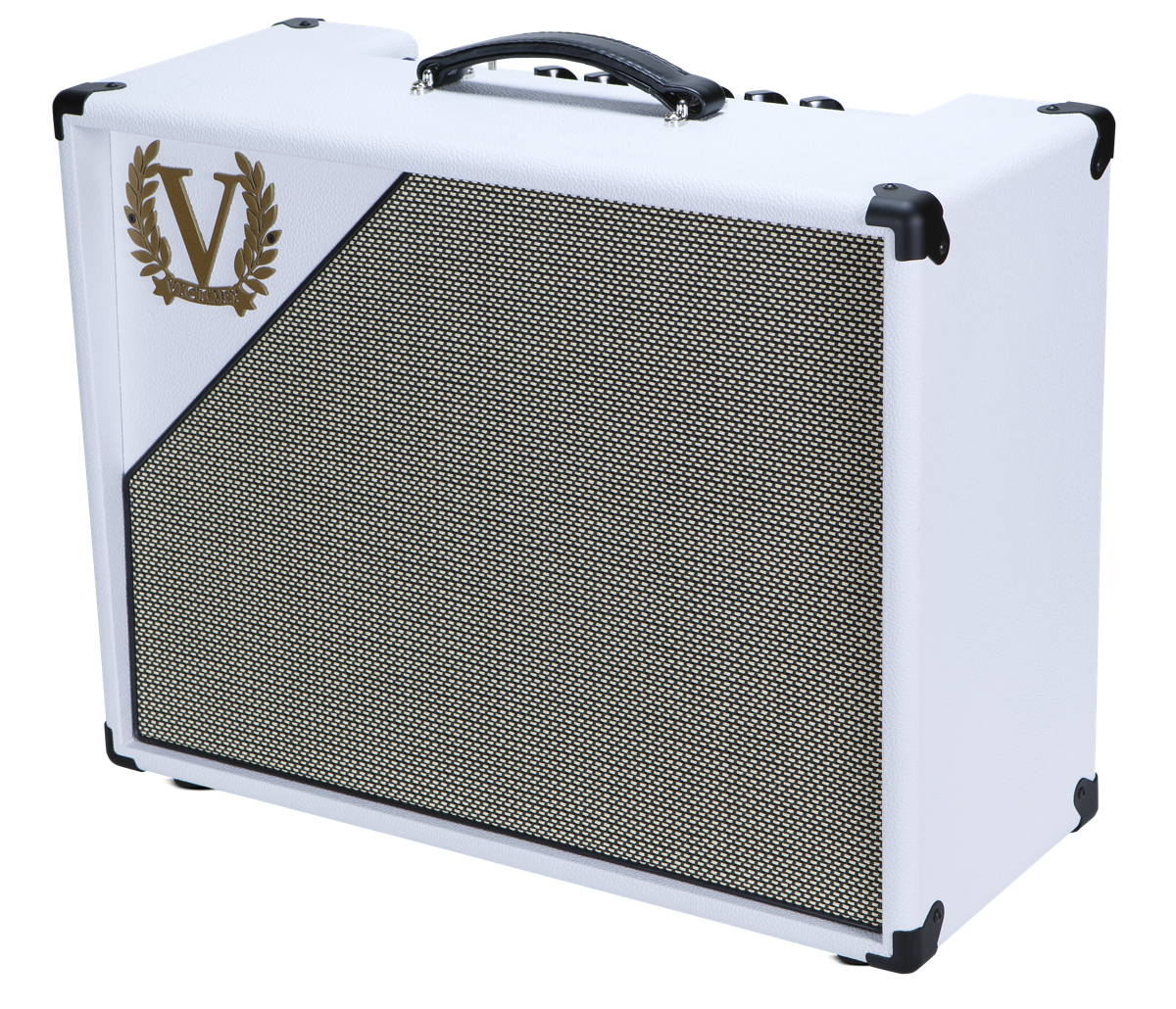 Folks, everyone should listen to Richie Kotzen as this incredible guitar player and wonderfull singer and composer also have an amazing and distinctive guitar tone. Decades after Kotzen met Martin Kidd thru Cornford amps, here’s this fantastic team working together again. For Fall 2017. Victory Amplification from the UK proudly announces the Richie Kotzen Signature RK50 Heritage Series Combo. This amp is as simple, effective and best sounding as an amp can get as Richie Kotzen and Martin Kidd definitely know their stuffs. And you can trust me, I was standing there with these two gentlemans, just he three of us, as they were talking about tone and technical stuffs and playing and testing a V40 Deluxe combo in early January. It was my lucky time, and now that the amp is out, it could be your lucky time too.

This new collaboration with Richie Kotzen is a rekindling of a long-standing friendship between the celebrated American rocker and Victory Amplification chief designer, Martin Kidd. Martin Kidd: “The initial discussions were for a unique approach to a 1×12 combo of around 40-50 watts. Richie is a big fan of the low-end response and feel you get from the power stage of a Marshall Super Lead-style circuit. For the front end, he wanted to rival his Cornford RK100 in terms of gain, yet have enough range to roll back to pushed clean and crunchy rhythm sounds. He likes to control things directly from his guitar, and also using his signature Tech 21 RK5 Fly Rig, so his only requirement in terms of gain or channel switching was a simple preamp boost that we achieved with valve gain staging. “Likewise, he didn’t want or need extensive EQ shaping so there’s just a single ‘tone’ knob that works on the treble frequencies only. Brighter or less bright – it couldn’t be more simple! Nevertheless, given that he (and potential customers) will be using it with a variety of different cabinets, it was important to include some kind of low-end attenuation ability, so there is a ‘speaker damping’ switch on the rear panel that curbs some of the low-end resonance if you want the sound to be tighter.
Richie also surprised Victory team with his request for reverb and tremolo, but having developed versions of both effects for V40 The Duchess and V40 Deluxe, it was relatively simple to include these in the RK50 and really add to its appeal. In the Compact Series head the reverb is digital; in the Heritage Series combo it’s a full-length spring reverb.
“Even we’ve been surprised at how many styles the amp seems to suit, but hearing Richie play it live is where the biggest smiles happen. We are extremely proud to be behind such a brilliant and unique artist.”