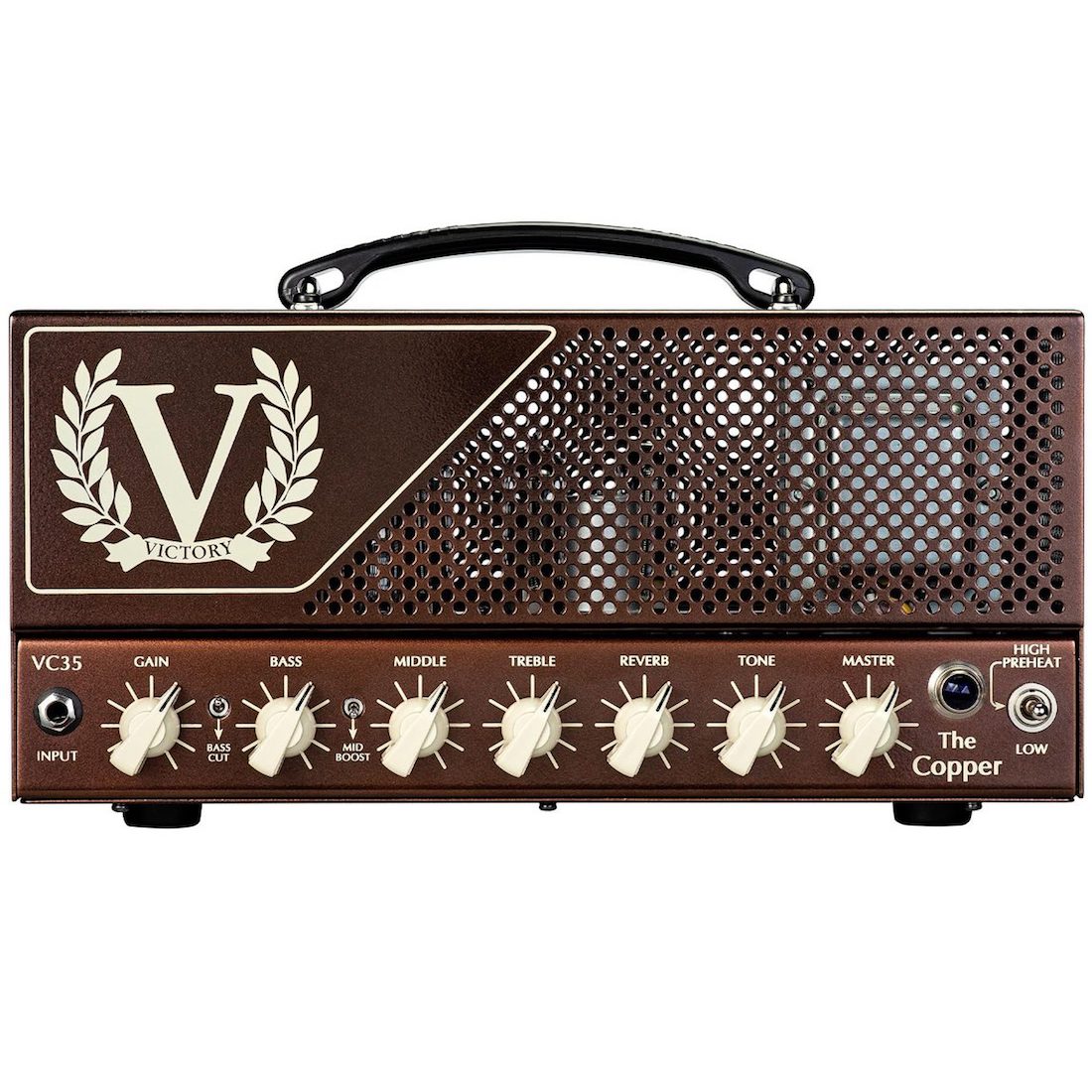 Victory Amplification proudly announces VC35 The Copper, a 35-watt all-valve head in the popular Compact Series. Single-channel, four EL84 power valves and a plethora of timeless British-inspired pop, rock and roots tones. The Victory VC35 is finished in stunning metallic copper with a matching brown vinyl-covered 2×12 vertical speaker cab.
It’s all about the chime. And the rock. And the rock’n’roll. And the roots and the blues and the pop… and anything else you want to coax from a quartet of EL84 output valves in the British tradition. The sonic blueprint was set in late-1950s England, then modified, evolved and refined through to the hand-made, boutique valve amps of the 21st century. Yet this is far more than a re-imagined AC-alike. In classic Victory Compact Series style, we’ve packed all those tones and more into a pint-sized powerhouse that can deliver anything from traditional chiming trebles, through jangling pop, punching mid-rich rock, higher- gained classic rock and plenty of American boutique-style cleans and low-gain textures to boot. It’s the EL84 amp that will keep the purists happy and attract a load of new friends along the way.

“We’ve been talking about a ‘classic’ EL84 amp for ages,” says Victory chief designer, Martin Kidd. “It’s a unique tone and feel with a specific kind of high-end response that differs from any of our other amps. We batted back and forth between a more traditional Vox approach and something more ‘boutique’, but also with some Marshall-type 1974/2061 sounds. We veered away from those circuits significantly, however. The VC35 uses a mix of fixed and cathode bias in full-power mode and is cathode biased in low power. There’s also a NOS EF184 pentode valve in a cathode-follower configuration to drive the tone stack in the preamp. We have great stock of them, they have very low microphonics and have proved to be superbly well made and reliable. VC35 The Copper can deliver a wide range of clean and crunchy sounds convincingly, alongside plenty more that will keep the higher gain fans happy. What’s really surprised me is that so many of our close friends of varying playing styles have been equally enthusiastic about its sounds and feel in our rounds of pre-production testing. I’m sensing a real buzz around this one!”