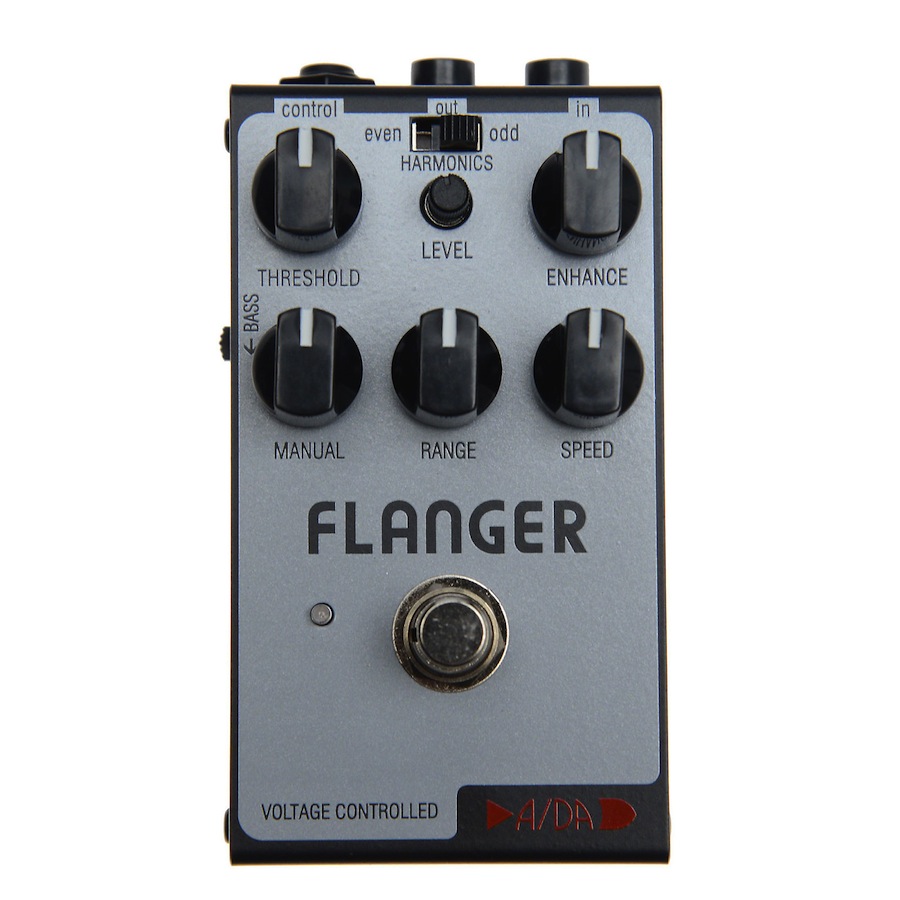 The new A/DA Reissue Flanger is now available – back by popular demand – and sounds as great as ever. Made in California, the design uses Panasonic BBDs to get the same sound and feel as the award winning A/DA Flangers shipped in 1980. Same SWEEP RANGE “to-the-top,” same oozing ultra slow SPEED, same extreme ENHANCE tone and sensitivity (from Darth Vader to clanging chimes), same MANUAL delay range, and of course, the original EVEN/ODD HARMONICS switch. The THRESHOLD noise gate, a unique A/DA feature, is spot on.

Of course, we added True-Bypass switching to the Reissue, without affecting the tone in any way. The cool labels and the heavy-duty casting with cold-rolled steel bottom cover plate were created from the same original engineering drawings made by David Tarnowski in 1978. The Panasonic BBD version replaced A/DA’s first “1978” Flanger, which used a Reticon BBD. The Panasonic version also replaced the 18-volt AC adapter with an AC power cord. We will be shipping a reissue copy of the original CONTROL PEDAL A within a few months to expand the versatility of the A/DA Flanger.

There have been many different flangers out there, some claiming they’re based on “the legendary A/DA Flanger,” or “the A/DA Flanger: the holy grail of Flangers,” but none can produce the range of effects and tone as the A/DA. The others have tried substituting longer length BBDs, but they can’t sweep over a 40:1 range. They don’t even come close. The tone and the depth of the A/DA Flanger is unique and powerful in its extremes and rich and warm in its moderate settings. Check one out and see and hear what the players and writers were talking about back in the 80’s, 90’s, and again today.