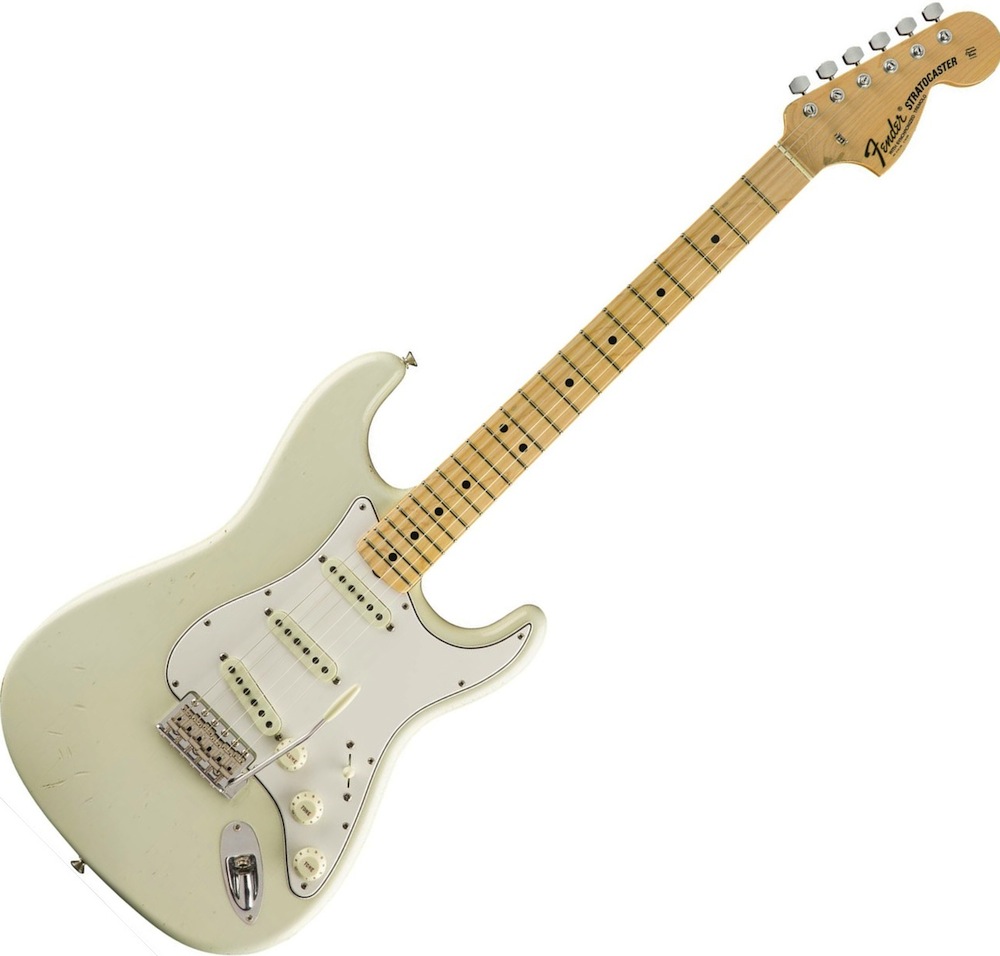 Ah, we got our Limited Edition Jimi Hendrix Stratocaster on 18. September, that musst be a sign, really. And we sold that guitar back in 2019, very fast, and just recently made a deal with its former owner as a partial trade for a real vintage Stratocaster. We’re glad to see this baby back, in the same condition as when we sold it, as new. As an avowed Stratocaster fanatic, Jimi Hendrix had many examples pass through his hands. One in particular stood out to him, eventually being graced with a name—Izabella—inspiring the song of the same title. This guitar’s most famous appearance was during his August 18th, 1969 performance at Woodstock, which featured his incendiary rendition of ‘Star Spangled Banner’. The artisans at the Fender Custom Shop have recreated this iconic instrument in painstaking detail—even down to the scratches and dings—leaving no (third) stone unturned in their quest for accuracy. We’re proud to present the result: the Limited Edition Jimi Hendrix Stratocaster, a representation of the way the Olympic White Stratocaster looked when he strapped it on that Monday morning at Yasgur’s farm and serenaded the rising sun, backed by Gypsy Sun and The Rainbows, bringing his brand of “electric church music” to the masses.

Purchased at Manny’s Music in NYC in ’68, this guitar (Serial Number 240981) was slightly modified to reflect Hendrix’ needs as a left-handed player, including being drilled for a strap button on the lower horn—a modification we reproduced here. This model is period-correct, from the stripeless “‘60s Oval C”-shaped maple neck with a 7.25”-radius round-lam maple fingerboard, bearing 21 vintage-style frets. The period-accurate 3-ply Parchment pickguard is loaded with a trio of hand-wound ’69 Strat® pickups tied together with vintage-style wiring and a 3-way pickup switch. Other features include vintage-style “F” tuning machines, bone nut and wing string tree. Includes deluxe hardshell case, custom strap, custom headband, coiled cable, commemorative booklet and Certificate of Authenticity.